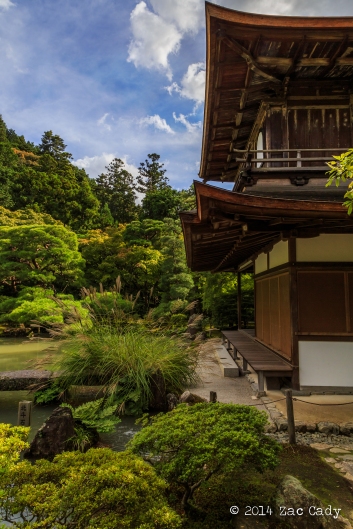 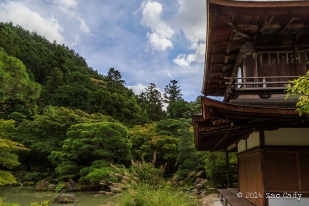 Ginkaku-ji, or the Silver Pavilion, is a Zen Buddhist temple, and one of the must see sights of Kyoto, Japan.  Built in 1482 by Shogun Ashikaga Yoshimasa, the temple represents the Higashiyama Bunka, a resurgence of traditional culture in Japan during the period.  Originally built as the Shogun’s personal retirement villa, the grounds became a Buddhist temple known as Jishō-ji following his death in 1490.  The main feature is the two-storied Kannon-den, the main temple building. Though the grounds also boast a Japanese garden designed by the famous landscape artist, Sōami, a renowned sand garden, and forested areas covered in a wide range of mosses.

Today Ginkaku-ji has become one of the top tourist sites in Kyoto, and as such is quite busy.  The best time to go shooting is in the morning right when it opens, or in the late afternoon right before it closes.